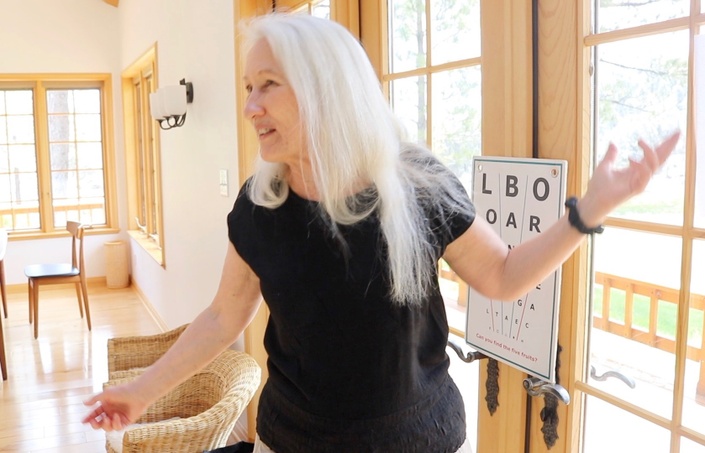 Intro: How to Improve Your Eyesight

and Throw Away Your Glasses Forever!

Are you nearsighted, farsighted or do you have astigmatism?

You can improve your eyesight and see 20/20 again. It's already happened for thousands of people. And it can happen for you, too.

Improve your eyesight -- without surgery

In this FREE introductory course, you receive a solid foundation for improving your vision:

How is it possible to improve eyesight?

Vision is 9/10 mental and only 1/10 physical.If you are nearsighted, farsighted or have astigmatism there is nothing wrong with your eyes.They are out of focus, sure. But that is not caused by a physical disability of the eye, but from an unconscious mental strain to see. This strain is transmitted through the nerves to the muscles that focus the eye, pulling it out of shape.

The person with normal sight unconsciously practices certain mental habits of seeing that -- if your vision is imperfect -- you are not doing. By learning these habits and consciously applying them, your vision improves.

I call them the Habits of the Normal Eye™ and when you have them, you have perfect sight.

Learn the Habits of the Normal Eye -- and how they can improve your vision -- in this FREE training:

My name is Gloria Ginn, and I LOVE helping people improve their eyesight.

I'm good at it. I've been doing it for 42 years, and I've helped thousands of people improve their vision and see 20/20 again.

For the first time ever, in 2020 I am bringing my course online so that YOU too can improve your eyesight and get rid of those glasses and contact lenses. 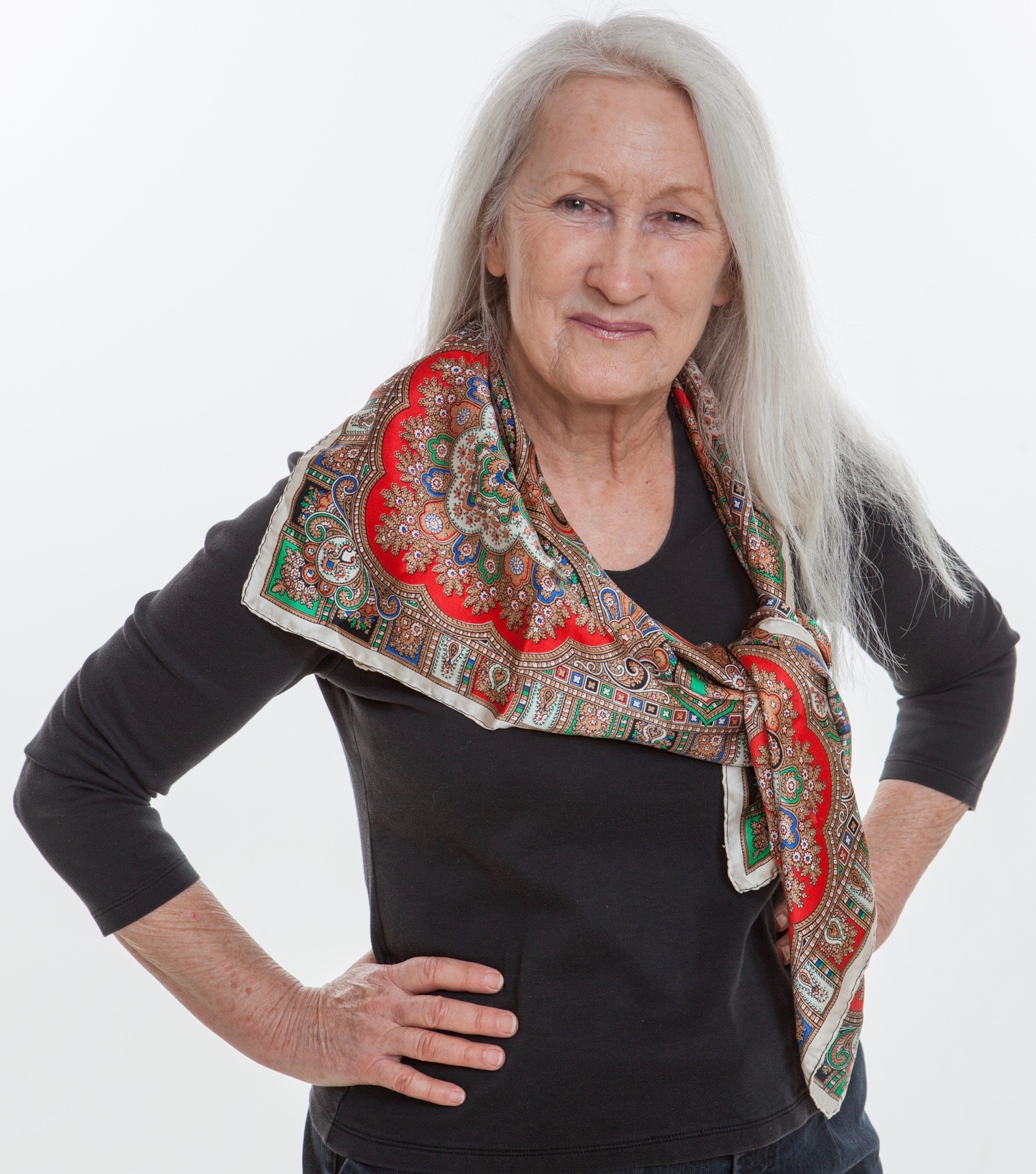 When I was 18, doctors gave me glasses -- but I took them off and improved my vision instead.

I had perfect sight until my second year in college. Then I began to notice that street signs were blurry, so I went to an optometrist to get help. Much to my surprise, he made NO attempt to get my eyes working again. Instead, he gave me glasses.

That just didn't make sense. My sight had been perfect sight for 18 years. There was nothing physically wrong with my eyes. So I knew there was something I was doing differently, that changed my vision. And I knew if I could make my vision worse, I could make it better. I just had to figure out what I was doing wrong, and reverse that.

That started me on my search for natural perfect eyesight without glasses. A a search that spanned continents and took many years. But I've had 42 years of perfect sight. 42 years glasses free.

I can’t spare you the years you have suffered with imperfect sight, but I can offer you perfect sight for the rest of your life.

Are you ready to improve YOUR eyesight?

I've been teaching people how to see since 1978, but I've resisted going online until now -- 2019. So I have LOTS of reports from my students, but none online so far. Here are a few of the letters and notes I've received over the years -- Gloria

“I had been wearing glasses for eight years. My vision was steadily getting worse, until it was -3.00. By word of mouth I heard about Gloria's method of vision correction and what the results have been in the past. It took about five weeks to get my first glimpse of 20/20 vision. Then it took about three months to stabilize my vision at a level of ‘better than normal.’ I find the biggest joy is going for bicycle ride in the hills and seeing everything clearly.” –– David Smith., D.C., San Jose, California

“I must admit I enrolled feeling somewhat skeptical, but that it was worth a try. Since my mid-thirties I noticed my eyesight beginning to fail. Each visit to the doctor left me with a stronger prescription. I needed my glasses to read a book or the newspaper, and certainly things like the phone book.

"...I was able to read print that earlier had been only a grey blur. I found myself experimenting with the smallest print I could find. I felt like a kid with a new toy. I was so happy to regain the eyesight I had been told was gone forever, and all your methods were so simple and easy to understand.” –– Robyn M., Sumnyvale, California

“I’m happy to tell you that I have not had to put on my glasses for the last two days. I don’t even need them to drive. All day at work I’m fine. In fact, I’m kind of in shock at how fast the improvement has happened. This whole change in my eyesight is just fantastic. It’s a miracle. I’m more than amazed. I think you’re fabulous.” –– Venece P., North Hollywood, California

When does the course start and finish?
The course starts now and never ends! It is a completely self-paced online course - you decide when you start and when you finish.
How long do I have access to the course?
How does lifetime access sound? After enrolling, you have unlimited access to this course for as long as you like - across any and all devices you own.
What if I am unhappy with the course?
It's free, so you have nothing to lose. But... if you are unhappy with anything about the course, we'd love to get your feedback, so we can improve. Just make a comment in the "comments" section after any lecture in the course.

Do you love your glasses that much?

Come on. Seriously? You haven't started the class yet? Why not? Do you want to be stuck with glasses or contact lenses for the rest of your life? Or get your corneas lasered?

And that isn't even a fix. Within three years after Lasik, 60 percent are back in glasses. That's because surgery, glasses, and contact lenses can only treat the symptom (the eyeball being out of shape). They can't treat the cause (the unconscious mental strain to see that is pulling the eyeball out of shape in the first place.)

But I understand. Improving vision isn't for everyone. You may like your glasses. Some people do. My sister says she likes them as a barrier between her and the world. You may like the way you look in them. Or putting contacts in every morning has become so much a part of your life, that you can't see yourself without them. They have become part of who you are. (Or not.)

One of my clients, Rob, was so enthusiastic about the improvement he had gained, that he couldn't understand why others weren't as eager. The daughter of one of his close friends was born deaf and blind. He asked if they would like him to show them some vision techniques, and they agreed.

Now these terms are used legally, but people who are considered blind usually have some vision -- it's just very, very poor. This girl was now 16 years old and could communicate in sign language with her mother if she was wearing black and standing one foot away.

Rob brought his trusty shifter, and spent twenty minutes with the girl, in the sun. Afterward, he asked her how she saw.

"The sky is blue!" she exclaimed. In 16 years, she had never seen any color in the sky. "And things look like they do with that thing the doctor showed me (a telescopic lens)." Now it didn't escape Rob that this girl and her mother were now signing to each other from ten feet away. He was amazed.

"That's great!" Rob exclaimed. "If you got this much improvement from just this, imagine how much you could get if you go to Los Angeles this summer, and work with Gloria."

"We can't go to Los Angeles this summer. We have to go to the Helen Keller Institute this summer."

"But if you work with Gloria you don't have to go to the Helen Keller Institute!"

After his little excursion, Rob came by to see me, shaking his head. I could see by taking one look at his face what had happened (I'd seen it before.) "Let me guess. They got great results, and as soon as they saw the results, they started back-peddling."

"Yeah. How did you know? I was peddling forward so fast, I didn't notice they were peddling backward just as fast. I just don't understand it," Rob said.

"Their whole life is built around that girl's handicap. Not only her life, but also her mother's. And they've done really well dealing with it, under the circumstances. Suddenly you are asking them to compete on an entirely new field, to accept an entirely new identity. Very few people are willing to do that."

The question is: Are you one of the few?

“I could never see the license plate of the car in front of me, or a street sign, or even a freeway sign in time to turn. And looking for a house number was impossible to see unless I would put on my glasses. But now, thanks to your methods, all of this has changed. I can barely contain my excitement when I think about how much my vision improved in one weekend.

"I took your class because I am learning to do research in a law library, and must read lots of fine print. (And the lighting in many law libraries leaves much to be desired.) I had just gotten new reading glasses, and did not like the doctor telling me that I was lucky I had made it to age 54 without bifocals, which he wanted to sell me. He also told me that vision training was a farce, and had never seen it do any good.

"Now I just laugh at him every time I read small print, or look at a bird fly in the distance, or see farther without glare-stopping glasses than I ever did with them. Glasses –– now this word is no longer in my vocabulary. I could go on and on, but I now have the last laugh since I passed my driving test without glasses. I am so glad I am flexible enough to risk new things!” –– Bill Peterson